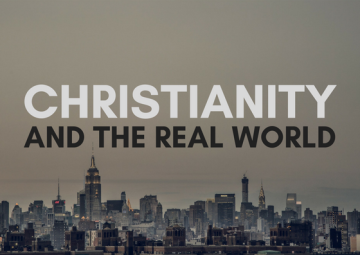 26 Then God said, “Let us make man1 in our image, after our likeness. And let them have dominion over the fish of the sea and over the birds of the heavens and over the livestock and over all the earth and over every creeping thing that creeps on the earth.”

27   So God created man in his own image,
in the image of God he created him;
male and female he created them.


28 And God blessed them. And God said to them, “Be fruitful and multiply and fill the earth and subdue it, and have dominion over the fish of the sea and over the birds of the heavens and over every living thing that moves on the earth.” 29 And God said, “Behold, I have given you every plant yielding seed that is on the face of all the earth, and every tree with seed in its fruit. You shall have them for food. 30 And to every beast of the earth and to every bird of the heavens and to everything that creeps on the earth, everything that has the breath of life, I have given every green plant for food.” And it was so. 31 And God saw everything that he had made, and behold, it was very good. And there was evening and there was morning, the sixth day.

The Creation of Man and Woman

4   These are the generations
of the heavens and the earth when they were created,
in the day that the LORD God made the earth and the heavens.


5 When no bush of the field2 was yet in the land3 and no small plant of the field had yet sprung up—for the LORD God had not caused it to rain on the land, and there was no man to work the ground, 6 and a mist4 was going up from the land and was watering the whole face of the ground—7 then the LORD God formed the man of dust from the ground and breathed into his nostrils the breath of life, and the man became a living creature. 8 And the LORD God planted a garden in Eden, in the east, and there he put the man whom he had formed. 9 And out of the ground the LORD God made to spring up every tree that is pleasant to the sight and good for food. The tree of life was in the midst of the garden, and the tree of the knowledge of good and evil.

15 The LORD God took the man and put him in the garden of Eden to work it and keep it. 16 And the LORD God commanded the man, saying, “You may surely eat of every tree of the garden, 17 but of the tree of the knowledge of good and evil you shall not eat, for in the day that you eat5 of it you shall surely die.”

18 Then the LORD God said, “It is not good that the man should be alone; I will make him a helper fit for6 him.” 19 Now out of the ground the LORD God had formed7 every beast of the field and every bird of the heavens and brought them to the man to see what he would call them. And whatever the man called every living creature, that was its name. 20 The man gave names to all livestock and to the birds of the heavens and to every beast of the field. But for Adam8 there was not found a helper fit for him. 21 So the LORD God caused a deep sleep to fall upon the man, and while he slept took one of his ribs and closed up its place with flesh. 22 And the rib that the LORD God had taken from the man he made9 into a woman and brought her to the man. 23 Then the man said,

“This at last is bone of my bones
and flesh of my flesh;
she shall be called Woman,
because she was taken out of Man.”10


24 Therefore a man shall leave his father and his mother and hold fast to his wife, and they shall become one flesh. 25 And the man and his wife were both naked and were not ashamed.

2:1 Thus the heavens and the earth were finished, and all the host of them.

2 Now I commend you because you remember me in everything and maintain the traditions even as I delivered them to you. 3 But I want you to understand that the head of every man is Christ, the head of a wife1 is her husband,2 and the head of Christ is God. 4 Every man who prays or prophesies with his head covered dishonors his head, 5 but every wife3 who prays or prophesies with her head uncovered dishonors her head, since it is the same as if her head were shaven. 6 For if a wife will not cover her head, then she should cut her hair short. But since it is disgraceful for a wife to cut off her hair or shave her head, let her cover her head. 7 For a man ought not to cover his head, since he is the image and glory of God, but woman is the glory of man. 8 For man was not made from woman, but woman from man. 9 Neither was man created for woman, but woman for man. 10 That is why a wife ought to have a symbol of authority on her head, because of the angels.4 11 Nevertheless, in the Lord woman is not independent of man nor man of woman; 12 for as woman was made from man, so man is now born of woman. And all things are from God. 13 Judge for yourselves: is it proper for a wife to pray to God with her head uncovered? 14 Does not nature itself teach you that if a man wears long hair it is a disgrace for him, 15 but if a woman has long hair, it is her glory? For her hair is given to her for a covering. 16 If anyone is inclined to be contentious, we have no such practice, nor do the churches of God.